PORA Board of Directors Spotlight

MEET THE PORA BOARD OF DIRECTORS 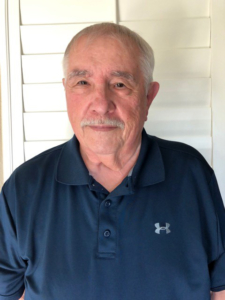 Today’s PORA Spotlight allows us to check in with PORA Board Vice President and Government Relations Committee Chairperson, Bob Miller.  A 6.5-year resident of Sun City West who hails from South Dakota, Mr. Miller has been involved with the PORA Board for over 2 years.

Early in his time in Sun City West, Mr. Miller was introduced to PORA as part of the TORCH Program.  He recognized the organization as the quasi-government of Sun City West and wanted to be involved.  “I wanted to be active with county and state leaders.” No surprise.  Miller brings tremendous experience in government relations to the table;  In his home state of South Dakota, Miller was an Assistant Attorney General, a county  attorney , a 15-year trial judge and a Supreme Court Justice for 16 years, 11 of which as Chief Justice.  Appointed  by then President Clinton,  and confirmed by the Senate, he headed the State Justice Institute for 13 years.   In that capacity he  worked with congressional and state judicial leaders to allocate appropriated monies for state judicial systems.

Throughout his involvement with PORA, Miller has been involved with PORA’s government relations at all levels.  “We’re telling PORA’s story of being a strong advocate for Sun City West!”  We are building strong relationships and a strong role with legislators, officials at AZ Fire and Medical, the Posse and Sheriff’s office, MC Board of Supervisors Chair, Clint Hickman and have tremendously improved media relations.”  Miller worked early on with other Board members to forge a relationship with the Arizona Corporation Commission (ACC).  PORA, through Miller and PORA President Ralph Johnson, acts as an intervenor in utility rate cases before the ACC.  It also coordinates and works closely  with the Sun City Home Owners Association (SCHOA) in rate cases, including the  continued battle against water consolidation plans.  “We’ve developed a great relationship with the SCHOA Board and we can help speak as one voice.”  Miller is adamant about fostering good relations, also pointing to improved relationships with the Sun City West Recreation Centers Board and the Corte Bella Board; Corte Bella has been preemptive in their examination of a proposed transfer station.   “It works to work together is how I view it!”  An effort was made last year to also support and give space to the Dysart School District to help them further information about their school bond initiative to SCW residents.

The constant theme from the PORA Board members is increasing membership.  “If we strengthen membership, we represent a stronger majority,” he says, highlighting PORA’s role in protecting the interests of the Sun City West Community.  PORA has created a task force  to recruit individuals interested in joining the Board and serving on committees that further PORA’s role.  “We are recruiting people who want to help further our mission and make a commitment to being involved.”  The Board  can potentially include seasonal residents (aka snowbirds) where it has not in the past.  There are so many benefits to being a PORA Board Member and the membership benefits for the residents is immeasurable.  We will build on the strength of the advocacy that PORA provides. 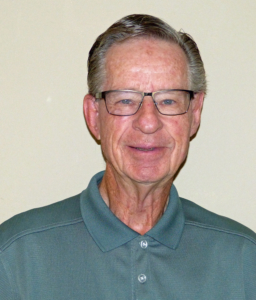 In our Board of Directors Spotlight this week, we had an opportunity to sit down with a 20-year resident of Sun City West.  David Hunter, is a PORA Board Director, the Chairperson of the Water Committee and a third-generation resident.  He quickly states that he wants to “give back” to the community in a variety of ways and hopes others will do the same.

When we asked Mr. Hunter about his start with PORA, he mentions being asked to join the Board by some former directors.  “I’d had some experience in Sun City West in some other places.  I wanted to help.”  As many of the PORA directors do, Mr. Hunter pointed towards membership as a priority.  “Not everyone understands what PORA does.  We get involved in so many issues behind the scenes.  We want to communicate that we are here to support the community.”  He encourages all newcomers to get involved and join PORA.  He notes that new residents of 6 months or less receive a complimentary one-year membership.  There are also unique membership benefits that do not cost extra.

Once you hear him talk for a short time, it’s apparent that Mr. Hunter’s passion is to educate the community about the state of the water supply in Sun City West.  He is the Chairperson of the Water Committee that meets monthly and monitors water issues and information locally and within the state.  He has been involved in educating about the Central Arizona Project (CAP) and the Colorado River.  “The Colorado River is our largest resource for renewable water supplies and  40% of the water used for agriculture and cities comes from the Colorado River via the CAP  system.  New developments in the West Valley are pulling from the same source as the water supply in Sun City West.”

He states that when he first began on the Water Committee it was more about complaints and residential concerns with metering and billing.  Now however, “There is a much wider scope and residents are concerned about the long-term health of the water supply for future generations.”

In our conversation he highlights the need for a wider discussion with officials and government about the water supply.  He encourages a viewing of the documentary “Beyond the Mirage”. The film, which received a Regional Emmy from the University of Arizona College of Life Sciences & Arizona Public Media, was first aired in 2016. It takes an in-depth look into the water concerns of the Southwest.  “The Water Committee will show this film again once we are fully open and look forward to including an update of recent legislation from the state.  Other resources can be found here.

Importantly, Mr. Hunter has been instrumental, along with other PORA staff, in reorganizing the Sun City West Visitors Center.  “We worked hard to make it inviting, appealing and accessible to everyone.  The Visitors Center houses tourism information and helpful details about the community of Sun City West.  During the Fall/Winter months, the Visitors Center also staffs a Realtor Room to provide information for prospective residents.  When it is fully open again, I want to encourage everyone to take advantage of such a great resource.” 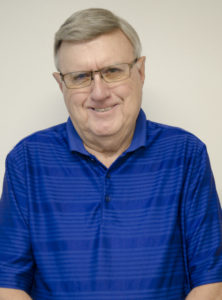 Over the next few weeks, the PORA enews will include a Spotlight on a PORA Board member, instructors or staff person. The goal is to paint readers a portrait of the important work being done and the faces who are behind the work. This week we feature PORA Board President Ralph Johnson.

Ralph Johnson is in his second year as PORA Board President. Mr. Johnson is a native of St. Louis who has lived in Arizona for 8 years. As I sat down with him to talk over the priorities for PORA for the coming year a theme kept coming up. Membership. Membership keeps PORA operating. The memberships provide the opportunity for PORA to keep advocating for Sun City West in county, state and Federal government. PORA provides the liaison to governing bodies such as the Arizona Corporation Commission (ACC), and legislative offices. “We need you! You need us!” is his message to residents. “I would like for all to understand the critical role that our Government Relations committee plays in our communication with Maricopa County and the State of Arizona.”

Mr. Johnson stressed the need for the community to understand the benefits of being a PORA member and how much work is being done, often behind the scenes to help Sun City West remain a self-governing entity. Because of the unincorporated status, PORA works closely with the Sun City West Posse, Arizona Fire and Medical and the Maricopa County Sheriff’s office to stay abreast of any issues where PORA may need to intervene or become involved.

The goal for the PORA Board for the coming year is to be as visible as possible and sustain an ongoing message that PORA is here to advocate for and support Sun City West. “We urge residents who aren’t members of PORA to seek us out at events like Newcomers; we request that residents tell neighbors about the benefits of being a member.” Throughout the closures, the Board has been monitoring communications with local officials to determine steps for reopening services.