“When the well is dry, we know the worth of water.
Poor Richard’s Almanac”
~ Benjamin Franklin

Storm Drains are found all over our streets and parking lots. You pass by and see them every day. They are in place to gather stormwater runoff and take it to local waterways. Did you know stormwater runoff is one of the leading causes of water pollution in the United States? As it flows over streets and parking lots it picks up dirt, oil, trash, chemicals and other pollutants.

Therefore, when water from an irrigation system runs off down the street, as many do, it is not only wasting water and money, but this also adds to the pollution problem from the community. So, please keep an eye on what happens to your irrigation or pool draining water, etc. and adjust to ensure the most efficient operation. This can be done by monitoring sprinkler operations and in the case of a swimming pool, keep the water on your property or use the sanitary sewer cleanout piping in your yard.

Many thanks from the Water Committee.

Recently there has been a lot of information in the media about the status of Lake Mead and the Colorado River. The reports are not encouraging since the lake and the river are both stressed from lack of sufficient water to meet the demands of the states in the system.

Did you know that Sun City West does not rely on the Colorado River nor the Salt River for its water supply? Our water source is groundwater pumped from a number of wells located in the community. So, what is the problem?

There is an indirect connection to the water shortages from the rivers/canals and Sun City West groundwater. For the farmers who experience water reductions from the CAP canal system, we may see the replacement of the lost water by drilling of water wells. These water wells will likely deplete the water from the same aquifer relied upon by Sun City West and similar communities. 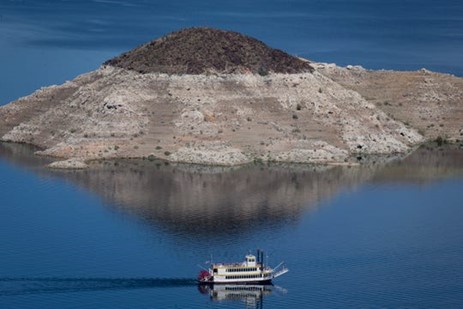 Have you seen the pictures of Lake Mead where there is a ring around the banks showing the decline from former water levels? Now try to visualize the aquifer below Sun City West. Is it full of water, or could the water level be dropping just like Lake Mead?

Question: “Did you know that much of the groundwater pumped for Sun City West originated from a glacial melt about 10,000 years ago?”
Answer: This is why it is sometimes referred to as “Fossil Water.”
Since there is a slim likelihood that another glacier is on the way, when our water is gone, it is gone. Think about it!

Question: “What do the Anasazi, Hohokam and Sun City West have in common?”
Answer: Megadrought
Although other factors are believed to have also contributed to the demise of the two Indian Tribes, the long-lasting droughts of the 13th and 15th centuries were major contributors. Sun City West has the advantage of drawing water from a large groundwater aquifer via large volume wells. But how long will they last? 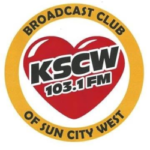